At 15:45 on March 30, the Colleges & Universities Men A Team football final of the 19th Sports Games of Jiangsu Province kicked off in the football field of Hohai University (Jiangning campus). During the ninety-minute match, the players of both sides, Hohai university and Nanjing University, performed well and showed the high-level competitive ability and tenacious perseverance of collegiate athletes. At last，HHU Football Team claimed the championship title with a 3-1 win over Nanjing University! After the competition, Tao  Zhang, the captain said, “All the players tried their best in the game and gave full play to the level of our team.” Although the intensity of ninety-minute game tired the players out, they still kept on playing and stuck to the faith of finishing it with high technique, which has also been coaches’ persistent requirement on them. 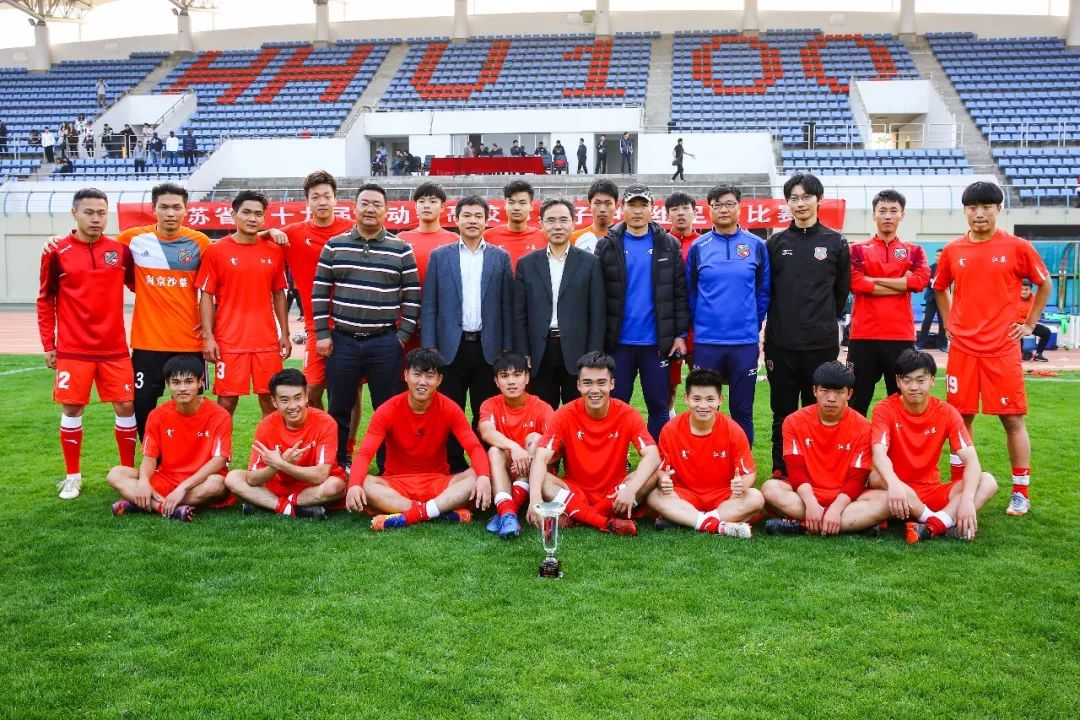 For the result of the game, said the coach, “Compared with other universities, Hohai University has a more profound football culture, which of course owes to school’s significant and constant support for years.”