On October 31, professor Tayyeb Shah, deputy vice-chancellor of the University of Western Australia (hereinafter referring as UWA), and his party paid a visit, who were warmly received by vice-president Xu Weiya of Hohai University (hereinafter referring as HHU). They exchanged views on further strengthening the cooperation between the two universities, and signed an intercollegiate joint training agreement.

Vice-president Xu Weiya first welcomed deputy vice-chancellor Shah, saying that UWA is a highly valued partner of HHU. Currently, the 3+2 joint training program and student exchange program carried out by both sides have been highly recognized by students and their parents. It is hoped that both sides can further expand the scope of the program to cover more majors and students in the future, and further discuss all-round cooperation in the fields of cooperative education and scientific research. 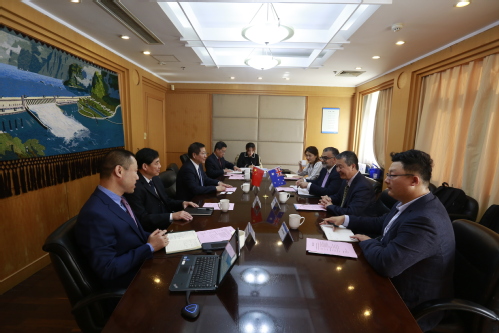