Work Together to Fight the Epidemic-- Xu Hui, President of Hohai University, wrote to overseas cooperative colleges to overcome the difficulty

The year 2020 saw something special. As the COVID-19 spreads all over the world, many countries are deeply affected. It has become a global consensus to comprehensively strengthen international cooperation and work together to deal with the crisis. Although we are in different regions, we are all affected by the epidemic. With the continuous improvement of the epidemic situation in China, all teachers and students of Hohai University are concerned about the prevention and control of the epidemic situation of overseas partners.

Recently, Mr. Xu Hui, on behalf of Hohai University, sent a handwritten letter to more than 20 overseas partners, expressing his sincere concern and firm support for partner institutions. In the letter, Mr. Xu Hui expressed concerns about friendly colleges and universities for the impact of the epidemic on the normal work of the school, and introduced the situation of China's fight against the epidemic. He pointed out that viruses know no borders, and global solidarity and cooperation is an effective way to deal with the international public health crisis. At the same time, he hoped that partner colleges and universities could overcome the epidemic as soon as possible and restore the vitality of the campus, and both sides would strengthen cooperation and continue to carry out pragmatic, in-depth and fruitful cooperation. 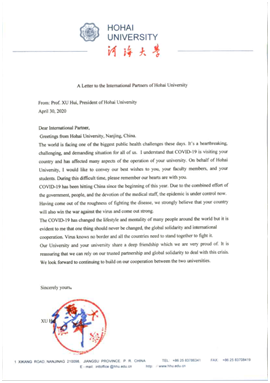 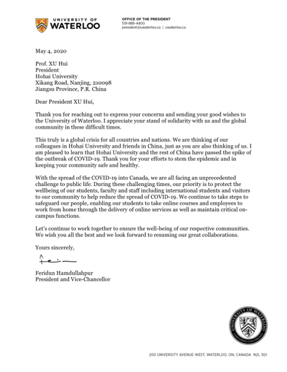 In the reply, Robert Haché, President of Laurentian University in Canada, introduced the positive measures taken by the university to cope with the epidemic. The university is the first in Canada to suspend school courses and adopt online courses, and jointly rebuilt a temporary hospital with local institutions. President Robert expressed his confidence in overcoming the epidemic and gradually restoring the normal teaching and living order on campus. He also expressed that Laurentian University attached great importance to the cooperation with Hohai University and looked forward to further deepening the cooperation between the two universities and achieving new results. 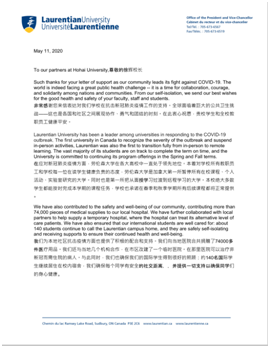 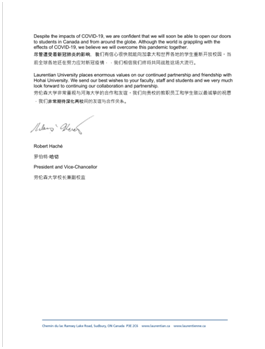 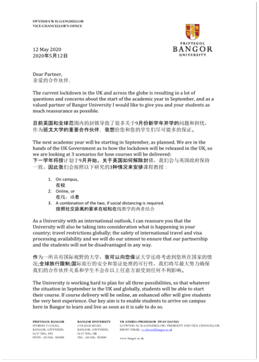 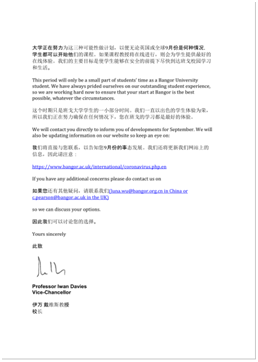 Professor Azuma Nobuhiko, President of Nagaoka University of Technology in Japan, thanked President Xu Hui sincerely for his concerns and encouragement to NUT in his reply. Japan experiences the same difficulty as China does, and at the same time fully draws on the experience of China. Since the outbreak of the epidemic in Japan, there has been no infection of teachers and students in NUT campus. During this difficult period, Professor Azuma hopes to work with China to achieve the final victory of epidemic prevention and control. 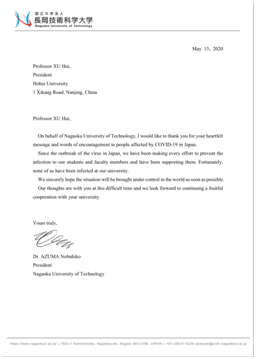 Dr. Teresa E.Wise, Vice President of the University of Alabama, who visited our school many times, praised highly the efforts made by international partners such as Hohai University in the face of the epidemic, which has effectively prevented the spread of the epidemic. She said that through this public health emergency, the importance and urgency of international cooperation are increasingly reflected. The individual country cannot develop very well if the whole world is affected by the epidemic. Only by sharing experience and coping with it together can we win the battle of epidemic prevention and control. 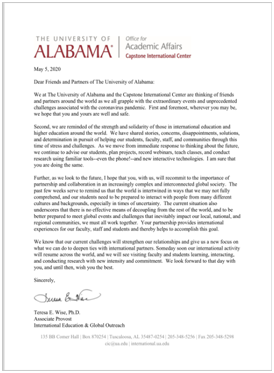 While fighting against the epidemic, Hohai University will continue to maintain cooperative relations with its global partners and work hand in hand to unswervingly promote the globalization process of higher education.