On March 28, Wu Peng, the Director-General of the Department of African Affairs of the Ministry of Foreign Affairs, Wang Chaowen, President of the newspaper Cankaoxiaoxi and other relevant person visited Hohai University. Yan Jing, Deputy Director of Foreign Affairs Office of Jiangsu Provincial People’s Government,  President Xu Hui,Hohai University attended the meeting, which was hosted by Vice President Xu Weiya.

Director-General Wu spoke highly of the studies on African issues of the Country and Area Studies Center of Hohai University and expected the university to provide policy advisory services on the study on Sino-African relations and investment in Africa. He commended the university's model of university-enterprise cooperation, by which the university has trained high skilled personnel through order-oriented training for enterprises, improved the quality of education for overseas students and has trained lots of engineering and technical personnel for Africa. The year 2020 was the 20th anniversary of the Forum on China–Africa Cooperation, he hoped Hohai University would take advantage of its discipline advantages to make more efforts on cultivating localized talents in Africa. President Wang hoped Hohai University would make more contribution to the friendship between China and Africa, and expected to strengthen cooperation with Hohai University on the construction of think tanks. 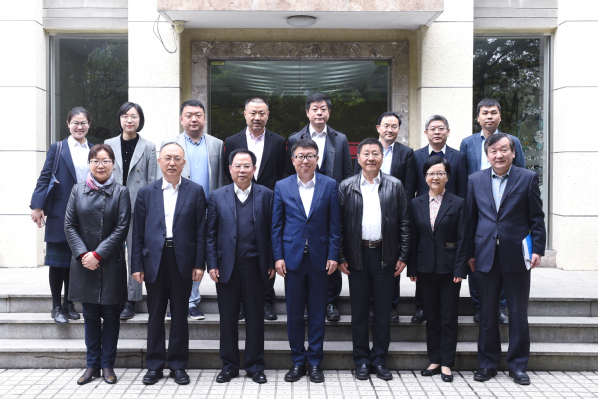