On November 18, the Chinese Academy of Engineering officially announces the 2021 academician cooptation list, and Prof. Tang Hongwu from Hohai University is elected as an academician. 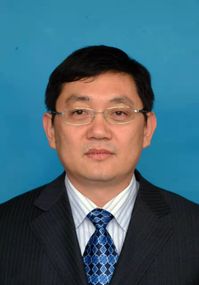 Prof. Tang Hongwu has been committed to the research and practice of plain hydrodynamics and river and lake treatment project for a long time as the academic leader of this field. He has made a series of innovative achievements in the fields such as theoretical method and engineering technology system of multi-scale hydrodynamic reconstruction in plain areas of weak dynamic, and multi-target hydraulic power regulation and control platform, which have been successfully applied in the planning, design and operation of more than 150 major river and lake treatment projects in plain areas such as the Yangtze River Delta, areas of Huaihe River, Pearl River Delta and Poyang Lake Plain. Prof. Tang has won 4 second prizes of the State Science and Technology Progress Award (rankings: 1, 1, 2, 3), 5 grand and first prizes of provincial and ministerial science and technology Progress awards. He is also the winner of the National Science Fund for Distinguished Young Scholars, the first National Award for Excellence in Innovation, and the Qian Ning Prize for Erosion and Sedimentation Technology and has been awarded the title of National Outstanding Scientific and Technological Worker. Prof. Tang has more than 40 national-level patent inventions, published five monographs, edited four sets of industry standards, and participated in the editing of one set; published more than 260 academic papers (including more than 130 SCI/EI-indexed papers).